Danielle is a friend who works with my wife, Jaime, at the University of Florida College of Veterinary Medicine. Danielle also has a farm, raises goats and is willing to share their hidden powers of human restoration. I first met them (the goats) last year at UF during a Wellness Wednesday "Therapy Goat" love-in.

Goats and yoga. Two words rarely used in the same sentence. What can possibly be learned from this odd mix?

Danielle and Kristen Crisp, the owner of The Sanity Gurus Yoga Studios and Wellness Center teamed up this weekend for a combo yoga, therapy goats extravaganza!

Like a rock band arriving fashionably late for a concert, the goats can be heard bleating, just off stage....the yoga class quiet in anticipation. Then, they (the goats) burst on the scene in a blur of legs and floppy ears. 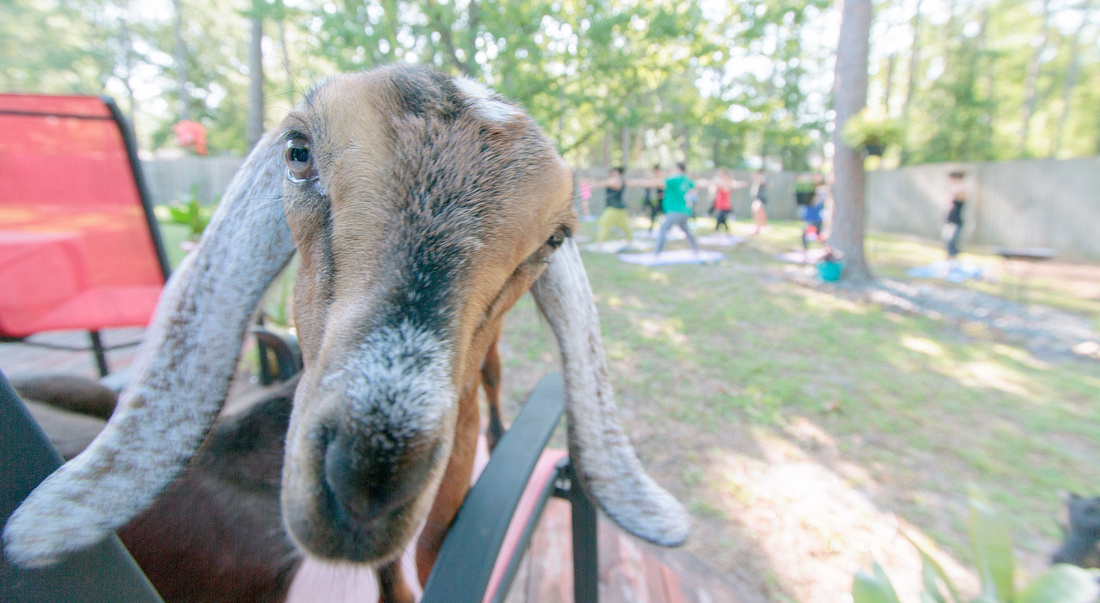 A little known fact: baby goats can't (or won't) walk or run in a straight line. Nor can they move more than a few steps without kicking up their heels. They move with amazing speed and agility, seeking the high ground...be that a chest cooler or human body in the middle of a yoga pose. They also ate almost every plant in Kristen's yard.

What great life philosophy: Play hard, act silly, don't care what people think about you while you're doing it. Meet strangers, immediately love them. No judging. Try new things: maybe goats, or yoga, or Yoga goats really are for you. Cuddle when you're tired. Rinse. Repeat. 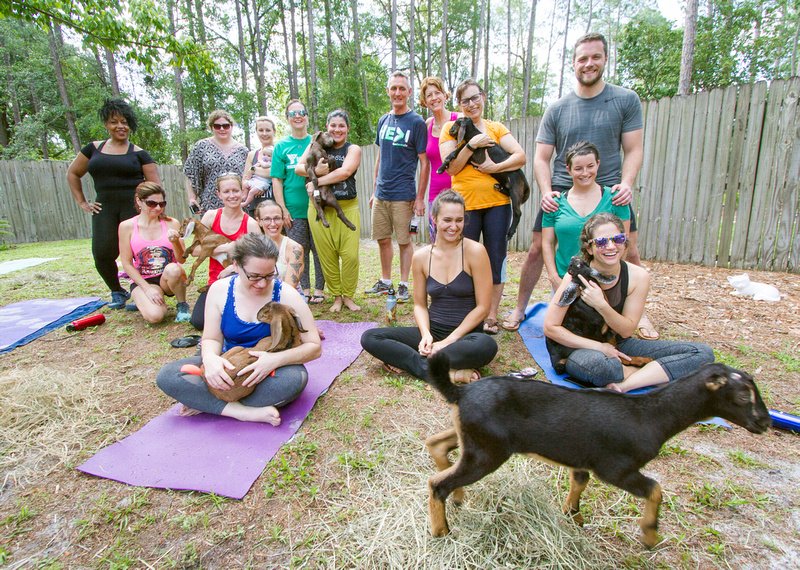