A view to a kill: Life and death on the African savanna

It was over in seconds.

The dogs didn’t fall for the diversion created by the adult warthogs and immediately pursued the weaker, slower juvenile pig running the other way.

During the attack and while it was still alive, the warthog screamed. The humans in the Land Rovers bore witness and cried long after it was dead, a National Geographic special played out in real time, without commercial breaks to shield us.

The incident was raw. It would be easy to hate the dogs until you consider the stakes involved in the hunt: The survival of a species. 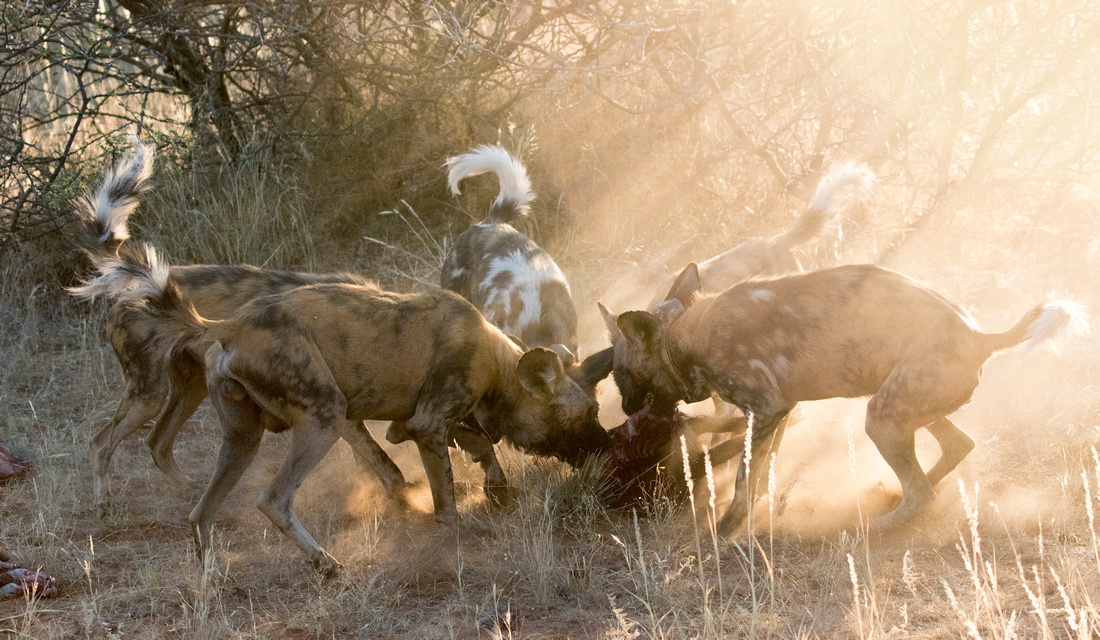 The alpha dogs leading the hunt immediately ate at the kill and were the first to leave. Only about a kilometer away from the den, the alphas made the run to the puppies in exactly the amount of time it took us to drive.

The puppies swarmed and ate as the adults regurgitated the kill.

Another adult returned. And then another. And another.

The last adult - slowed by an injured leg - returned to the pack...and to the puppies...to the survival of a species. 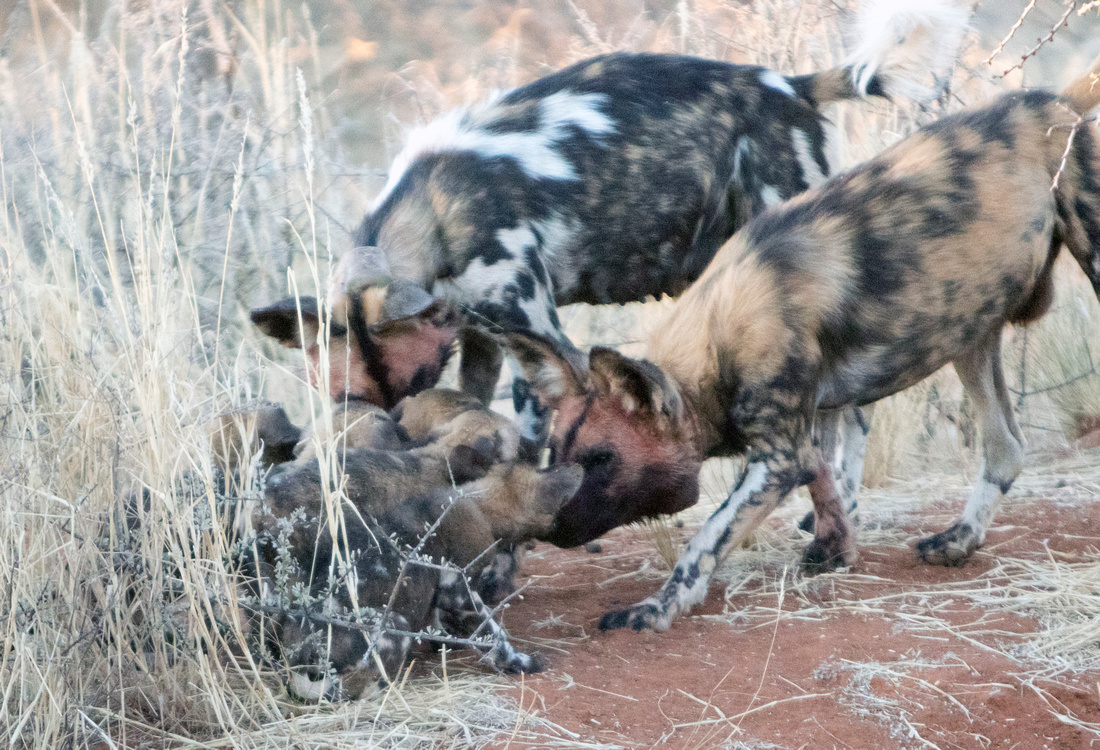