Win. Win now. Collegiate sports - at all levels - is a pressured-filled business for student-athletes, and their coaches.

As a photographer on sideline and courtside, invisibility is a friend. If coaches notice photographers, trouble sometimes follows! But in 2018, I had three amazing coach encounters that have become instant career classics! 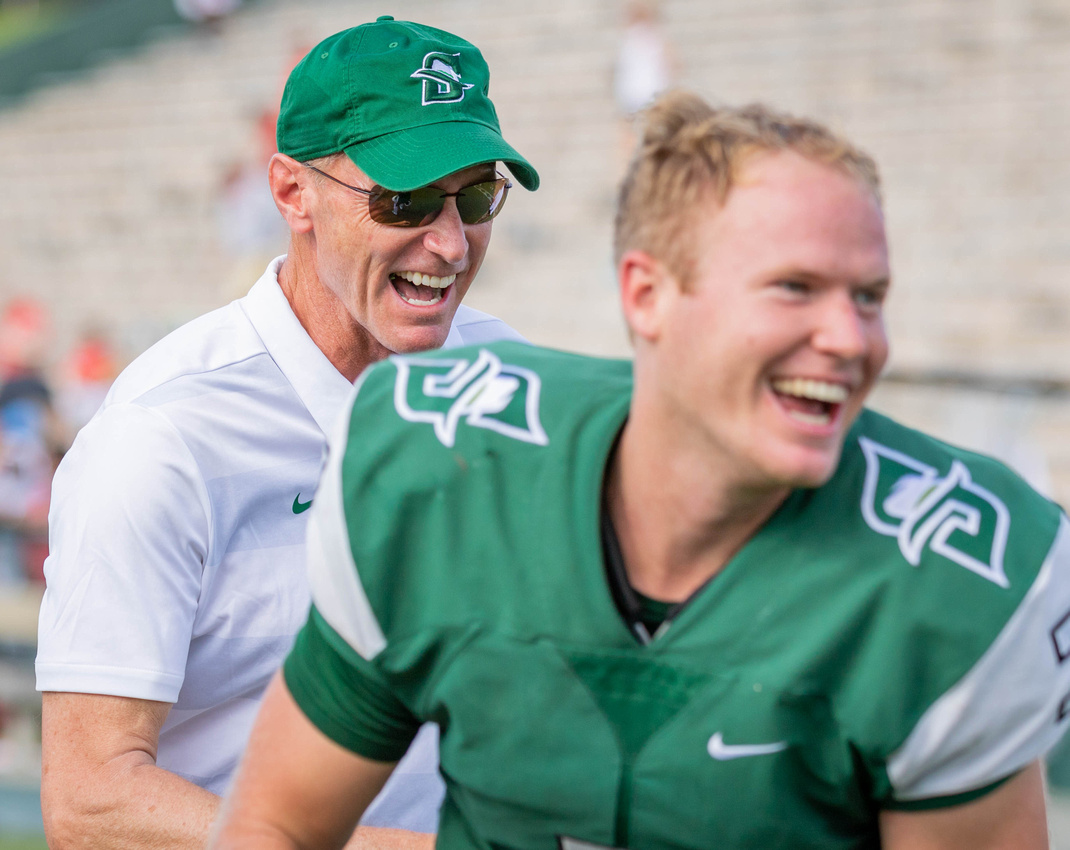 Stetson University plays home football games at Spec Martin Memorial Stadium in Deland, Florida. There is a small interview/media room that adjoins the team locker rooms. Shortly before kick-off, I was alone in the media room filing pregame images to social media. Coach Hughes burst through the door, striding towards his team's locker room, head down and deep in thought.

Short of the locker room door, he made a sharp turn, walking to me and introducing himself, "Welcome, I'm Roger Hughes. We're glad you're here. Do you have everything you need?" Minutes before gametime, Coach Hughes becomes gracious host, checking on the well-being of an anonymous photographer. Extraordinary.

The Florida State Seminoles and the University of Florida Gators are cross-state rivals and the women's tennis teams met in the 2018 NCAA Division 1 Regional Tennis finals. The matches were played on the Gators' home courts in Gainesville, Fl. With a trip to the 'Sweet 16' on the line, the match was decided on the last point of the last singles contest. FSU won and the tension exploded with a release of emotion.

Coaching is big business and naturally Coach Hyde was happy her team advanced. But I have rarely seen a coach "absorbed" into the body of a team with FSU surrounding  It was thrilling! Below, Coach Hyde (in the FSU hat), embraces her team. 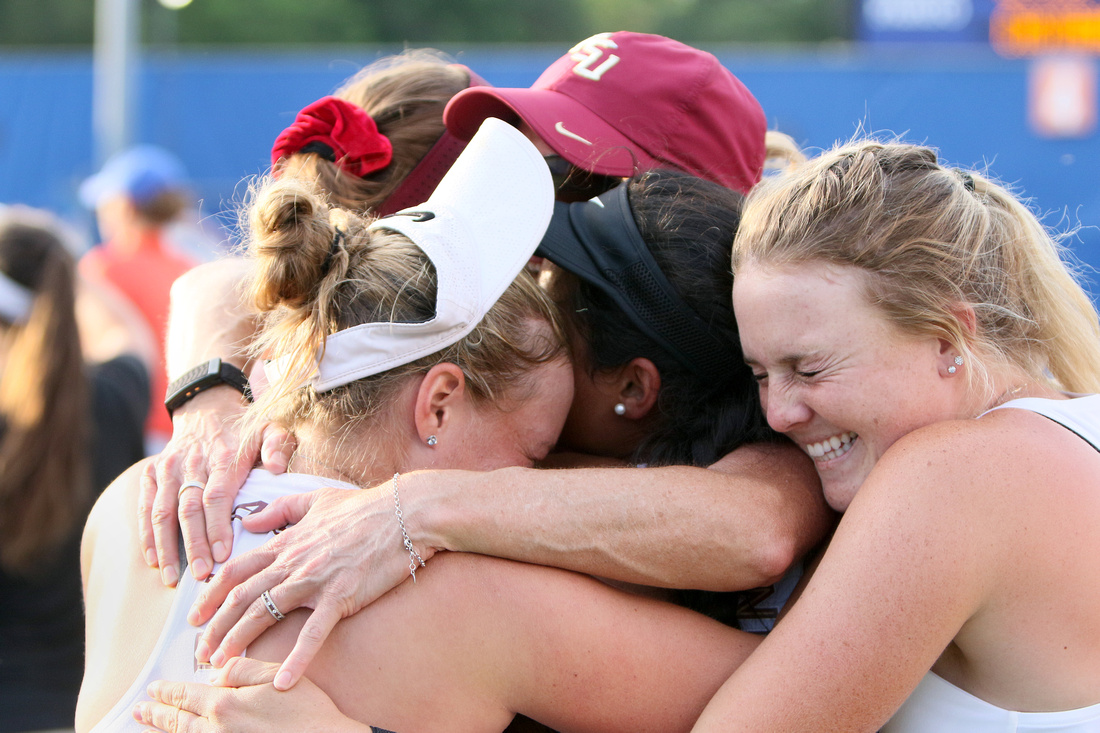 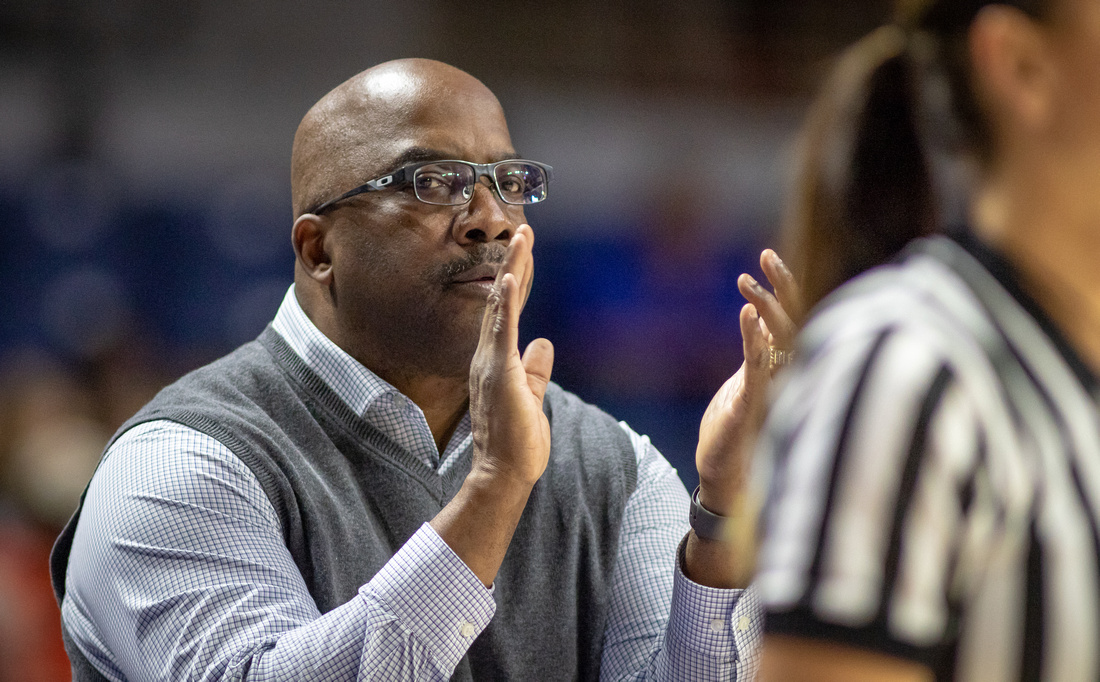 The University of Florida basketball teams play home games on campus at the Exactech Arena. In basketball and volleyball configuration there is a press/media section in one corner, one level up from the court. It is a relatively steep climb of about 30 steps to reach the media section. This is where I was set up to file pictures for Charleston Southern following their game against Florida.

While working, I look up from my laptop to see coach Fred Applin slowly climbing the steps towards me. Slowly. When he reaches me, Coach Applin introduces himself, thanks me for shooting the game for them and tells me how much he appreciates photographers and their work. He made me feel so good.

We're both North Carolinians and shared stories. We talked about Charleston. And he mentioned he had knee surgery just a week before following a car accident.

Here's the measure of the man: He took the time to find me in a basketball arena. He made the climb and endured the pain. All he wanted was to say thank you.